This year’s Golden Globes Nominations have just been announced. And they seem to be earlier than ever. The LA Film Critics haven’t even announced yet! So here they are. And for a complete list go to http://www.awardsdaily.com. I’m just over the moon that my #1 film of the year was remembered twice. The incredible Lucas Hedges got nominated in Best Actor, Drama for “Boy, Erased.” It also got nommed for Best Song.

This is what Lucas had to say about this,

“I honestly didn’t expect this and am completely thrilled. Thank you to the Hollywood Foreign Press for this incredible nomination. I loved playing Marlo, so this is a real honor.”

The 21-year-old phenom is currently on Broadway in Kenneth Lonergan’s “The Waverly Gallery” and so he can’t do the usual glad-handing and campaigning that has become an inevitable, and necessary, component of this Awards’ race.

No stranger to the Golden Globes and the Hollywood Foreign Press Association, who give them out, Lucas was up two years ago in Supporting for “Manchester by the Sea,” also by the superb author/director Kenneth Lonergan.

It should also be noted that the HFPA nominated both gay characters in “Can You Ever Forgive Me” played by Melissa McCarthy (Lead actress) and Richard E. Grant (Supporting). as well as all three lesbian characters in “The Favourite” played by Olivia Coleman(Lead) and Emma Stone and Rachel Weisz(supporting.)

The Golden Globes become more and more important every year and this year they seem more on point than ever. And they certainly are a hoot and half to watch. And they very often are extremely predictive of the Oscars. Academy voters use the Golden Globe lists as a cheat sheet. Their inclusion on this list will mean the films will be watched and discussed. And in the case of “Boy, Erased,” which is about the heinous practice of gay conversion therapy, which is still legal in over thirty states, it is IMPORTANT and timely. 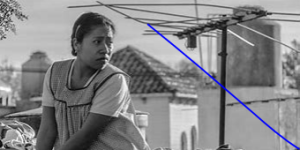 Post-script: the other Masterpiece that’s out there this year, “Roma” was nominated for Best Foreign Film, because it’s in Spanish. Alfonso Cuaron was nominated as Best Director and  Best Screenplay. And if there was an award for Best Cinematography, he’d be nominated for that, too,  for the stunning Black and White footage that he shot entirely himself! 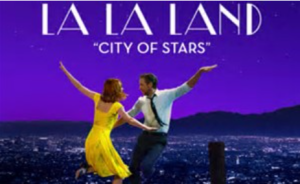 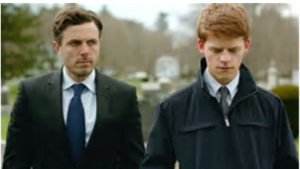 And “Moonlight” wins Best Adapted Screenplay.  Lots of Applause. A very popular choice. And it’s a Gay Movie. Who woulda thunk it?

It’s won two. The same as “Hacksaw Ridge”. Now the big awards are upon us.

Halle Berry, looking younger than ever, but with an awful Afro, giving out Best Director.

First time an American director has won in YEARS, believe it or not. 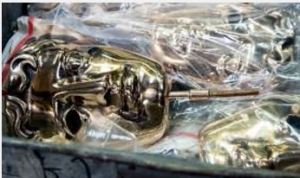 What will be the BAFTAS effect on Oscar this year? It may be more than ever. The nominations for BAFTA(the British Academy Awards equivalent) are fewer, only five, in the Best Picture race. And though the British themselves are trying to align their awards with ours, more and more each year, the EFFECT they have on wavering Oscar voters stateside is monumental….Sometimes…And sometimes it’s the undecided votes  that determine the winner, especially in a close year like this in the acting categories.

Of COURSE, “La La Land” is going to win Best Picture. It’s as popular there as here. So let’s table that discussion right now, shall we? The other nominees are the British film “I, Daniel Blake”(no), and the American films “Manchester by the Sea”, “Arrival” and “Moonlight” and I don’t see any of those upsetting LLL, as it’s known on the Interwebs.

There IS a overlap from BAFTAs membership to AMPAS, estimated at a voting block of about 600. This becomes a crucial indicator when there is a close-as-close-can-be race. Like this year’s Best Actor. Casey Affleck will win this. And what you say? Denzel Washington isn’t even nominated! Yes, that’s right. And so isn’t “Fences” whose sole nominee is Viola Davis in Supporting. And you heard it here first folks, remember that. VIOLA MAY NOT WIN HERE!

It may be Brit star Naomi Harris, who was so strong and touching as the drug-addicted mother in “Moonlight.” Brits win here. It’s their awards after all. And the same goes for “Moonlight”s Mahershala Ali, who is most definitely going to win the Oscar in the Supporting Category, but also, not necessarily in Britian. It may very well be British Indian actor Dev Patel who is nominated for the Weinstein Co.’s “Lion.”

I still think that USA favorites Ali and Davis will prevail in Supporting states-side. But just watch what happens if wins for Naomi Harris and Dev Patel occur in London on Sunday. And Casey Affleck wins Best Actor there. As will Emma Stone in Best Actress(They love “La La”).

The complete absence of “Fences” at the BAFTAs (esp. if Viola Davis Loses!) may mess with the perceived momentum of that movie.

So with POTENTIALLY DIFFERENT-than-the-SAG winners, Harris and Patel and no Viola, and Denzel not even nominated, it just MAY, I say, MAY insure that the brilliant portrayal of Casey Affleck in “Manchester by the Sea” continues on to win his BIG ONE as pre-ordained by the NYFCC, the National Board of Review, The Critics Choice Awards and the Golden Globes and every other critics’ group awards across the country.

Denzel was brilliant on Broadway, but in the screen version, he directed himself, and that was his big mistake. The movie seemed LONNGGGER than the stage version. Why? Because he kept pausing and dragging out EVERY SINGLE SYLLABLE til yes, indeed Viola Davis’ Rose DID seem like a Supporting performance. Every line was had an exclamation point at the end of it. A nd every close-up of himself was just held too long. That’s what makes a picture extend itself in time and wears out its’ welcome.

So enjoy your trip to the London stage, Casey. You gave the better performance, the Best Performance of the year. BY A MILE. As a lonely alcoholic janitor, who is tortured by his tragic past, his Lee Chandler is indelible, unforgettable. 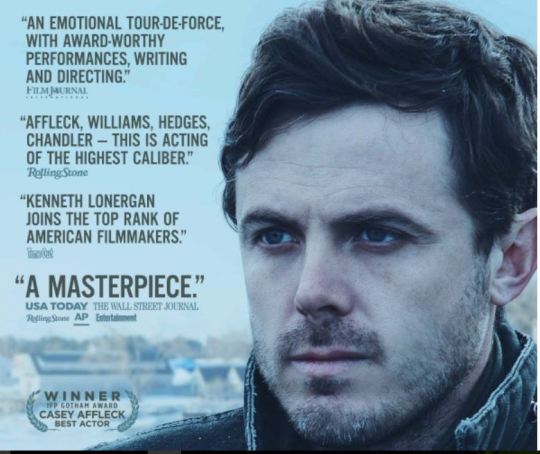 And once upon a time, he appeared in a Kenneth Lonergan play in London to great acclaim, so they love him already in Blighty.

And most important of all, after the BAFTAS occur on Sunday, on Monday, (at last!) the Oscar voting OPENS! And most people send in their ballots IMMEDIATELY, especially now that they can do it electronically.