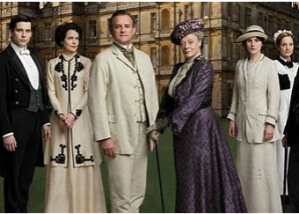 It’s official! Downton Abbey fans! Rejoice! For the movie version of the blockbuster Masterpiece TV series is beginning to shoot in England. At where else? HIghclere Castle! 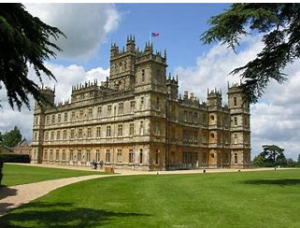 As the original cast is returning, it will feel like visiting with old friends. Including Dame Maggie Smith, Michele Dockery, Hugh Bonneville and Joanne Frogatt. Things have changed in that now the nefarious footman Thomas (Rob James-Collier) is now the head butler.

Mr. Carson is unwell, the character, not the great actor, James Carter, but his real life wife, Olivier-winning actress Imelda Staunton, the odious teacher Frances Umbrage of Harry Potter fame, will be joining the cast as Dame Maggie’s cousin.

Julian Fellowes wrote this at a brisk clip. It must have been like a walk in the country for him after writing EVERY SINGLE EPISODE of the six year series.

Others being added to the already starry cast are:-

It’s a packed house already! And will undoubtedly be packing movie theaters all over the world upon its’ release next year. Once again, I can’t wait!

One little spoiler that Lily James revealed in her “Mama Mia 2” press interviews is that her character, the vivacious, flirtatious, former flapper Rose, won’t be featured as much, because she said “The focus is on the family.” And Rose, if you remember, married a rich Jewish young man, and they both moved to New York.