Posts tagged ‘A Star Is Born’

“Roma” makes history at the Broadcast Film Critics tonight. It becomes the first foreign language film to ever win Best Picture. It also won Best Director for its genius helmer Alfonso Cuaron, and he also won for Best Cinematography. Altogether “Roma” won the most awards tonight as it also won Best Foreign Film.

History was also made when Glenn Glose for “The Wife” tied with Lady Gaga for “A Star is Born.” That is a combo I thought I would never in this life see onstage together ! Both WINNING!

For those who care about these things, Lady Gaga’s leading man/director/co-screenwriter/co-producer Bradley Cooper once again got  SQUAT! Nada. Nothing Zilch! Just like he also got completely shafted by the Golden Globes.

Gaga’s win here least keeps her in the race, to some degree. But the Academy, who hands out the Oscars is going to give it to 70-something veteran Glenn Close, who has six previous nominations and no wins.

Mahershala Ali nailed Best Supporting Actor once again for “The Green Book,” and he will probably go on to repeat his Golden Globe triumph at the Oscars. This category is now officially closed.

Regina King also won, AGAIN, for “If Beale Street Could Talk” but she won’t win at the SAGS because she wasn’t nominated there. Watch Amy Adams for “Vice” take that.

Christian Bale was TWICE tonight for his evil vice president in “Vice.” This makes him almost a lock now for Best Actor at the Oscars,

A Star is Born! Ross Destiche Burns Up the Stage in DC “Equus”! 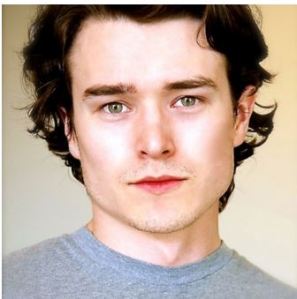 As an avid theater-goer and critic, you hope that lightening strikes the stage you’re watching, and it certainly did in Wash.D.C.’s U Street area where Ross Destiche is burning up the stage in “Equus”. He is simply astounding in the oft-revived Tony -winning play by Peter Shaffer, Destiche is so incendiary as well as powerful as the disturbed (un)stable boy who blinds six horses, that I’m going to say that Ross Destiche, who is being valentin-ed by the local press, is the best Alan Strang I’ve ever seen. And yes, that includes Daniel Radcliffe’s recent Broadway star turn that the Drama Desk nominated for Best Actor, but the Tonys did not. But the production co-starring the late Richard Griffiths sold out anyway.

If Ross Destiche’s performance was on Broadway in this role, he’d WIN a Tony!

He is not only movie-star handsome with a chiseled cheekbones and a body like a  Greek god carved in blinding white marble, he’s got the blue-est eyes imaginable. His eyes magnetize the audience. You see, the Constellation Theatre Company’s stage is teeny-tiny and the set by A.J. Guban is a huge triangular thrust. And director Amber McGinnis Jackson (yes, a woman directed this most homo-erotic of plays), places Destiche’s tormented Alan on-stage for almost the whole proceedings. Perched on the tip of the triangle, curled up into a teenage ball of pain, Destiche is in a position where he can scrutinize every member of the audience.

He gave me such a look of blinding hostility as I took my seat, that was absolutely chilling and disturbing and absolutely right for the character. He immediately scared the living daylights out of me. A classically trained actor from Minnesota, where he graduated with a BFA from the University of Minnesota/Guthrie Theater Program, Ross Destiche just has the word “Star” stamped all over him. Every inch.

His Act Two extended nude mad scene was unforgettable. When I got to interview him after the show, he wanted to make sure I gave full credit to Emily Kester, who he plays opposite, who is also completely nude, as is Destiche for that astounding Second Act. She was effortless and utterly comfortable in what could have been a very uncomfortable situation, being that the audience was “THIS close.”

“I couldn’t have done what I do in that scene without her,” Destiche told me. Sounding kind of astounded at just how powerful that scene between them is.

Kester plays the part of the cocky stable girl who coaxes him out of his clothes as she takes off hers.

He caught my eye in a small part in Ethan McSweeney’s “The Tempest” last year at the Harmon Shakespeare Theatre, sort of a DC equivalent to Lincoln Center. He stood out even then in a nearly wordless emsemble part.

And so when I received the news that he was garnering raves in “Equus.” I made sure I made my way down-there post-haste. And Destiche didn’t disappoint. He was thrilling.

He made sense out of the psyche of a role that always seemed inexplicable to me, no small feat.

I told him that I felt he was one of America’s best young actors.

And the only thing wrong with this production of “Equus” is that it’s in DC, and it’s closing on Sunday and the Broadway & Hollywood Theater Godz will likely not get to see it.

But they’ll remember the name of Ross Destiche. He’s going to be very, very famous. And soon.